Hear me all
sons of Heimdall

Just like the finite resource of oil my own creative fuel is limited, there was a time in my youth when I did artwork non-stop however as I grew older I did less and less work as it became more difficult for me to take ideas and put them on paper and more of my work remained within indefinite limbo as a result. Now that I am in my early 30s, I have an incredibly hard time working out of the conceptual stage into completion. Thus, my delay, since the end of last month I have been drafting a new sigil which will represent [S.Z.H.] Ôðal, appropriate to this transition. The current placeholder will have to suffice till the spark returns to me either upon a whim like lightning or via photo, chances are I need to change medium entirely in order to re-invigorate myself.

I did not bother with a Spring Equinox themed post considering I was mentally pre-occupied with work, had I continued to delay nothing would get done ever. Needless to say, this marks my belated transition into Spring. In light to the recent Brussels attack and my transition out of National Socialism into Ôðalism, my mother finally openly admits everything I express regarding the Migrant invasion crisis, White genocide ensues as well the flagrant unscientific propaganda presented as the grossly embellished Jewish Holohoax narrative to make absolute infallible sense over what is the accepted truth. If one wishes to better inform outsiders to the J.Q. one must fully abandon anything which can be seen as negative. Despite the truth of positive historical National Socialism such attracts too much toxicity in the present. I feel this is a tremendous step into the right direction and also a huge relief for myself.

Aside from this my father has been diagnosed with Cancer for the third time despite having had 60% of his liver removed, he probably will not survive the third year of treatments considering his age and present physical state. It is sad news but also a reminder to me on timing. All pressing conflict with my next of kin has been mended thus my leave can be done so peacefully along with their blessing. In the end there is only True solidarity and unity through blood.

(2020-21 EDIT: Alas like most boomers they’re an irredeemable lot, my mother decided to redact her Red-pilling as soon as my father passed away, turning on me as well in an attempt to ruin me financially as well viciously verbally attacked my Fiancée hence I no longer speak to my own mother).

In regard to the transition via name designation.

Note: The Inception of S.Z.H. ODAL Predates affiliation with Ôðalism as denoted by Varg Vikernes.

Niðavellir(Dark Fields). a.k.a. Myrkheim and Svartalfheim just north of Nifelheim (Hel’s Abode). One of the nine worlds in Norse Cosmology. Realm of the Dark Elves/Black Dwarves.

The Dvergr are described to be of dusky or pitch-black appearance, negate Dwarves of short stature made popular by high fantasy literature, films & role-playing games entirely. Darkness alluded to death as these are in fact ancestral spirits. Dwarves and Elves in the traditional Scandinavian sense are one in the same. Darkness is also formlessness; Elves are described as androgynous (gender blank like a fetus not gender fluid) ancestral spirits. One must discard the Judeo-Christian notion of darkness to better visualize such. The Dvergr are described as immensely wise as are one’s forebears, Dwarves dwell underground in Myrkheim (Dark Abode) which is described as a hall of Gold. This is not unlike how the dead were interred within burial mounds surrounded by their possessions and wealth attained in life.

Tombs of Gold and hidden knowledge.

To be reborn into the next generation meant initiating rebirth rituals starting with the Hel festival (Hallowed Evening/Halloween) ending with Yule (Midwinter/Winter’s Solstice). Balður emerges as both the sun and the re-born ancestor.

Such is the root of why robes are worn for sacred ceremonies in European antiquity, asides from being considered women’s clothing (At the time) a full robe also obscures both physical identity and gender of the person donning them, not unlike the Svartálfar/Dvergr themselves.

The donning of robes produced a sense of gender neutrality (vagueness of form) for the sake of theater performance, this is not to be confused with becoming a hermaphrodite or being a transvestite (I am certain degenerate Neo-Pagans assume this). Thus, magical practitioners of yore were re-animating the dead in a sense in order to retain the knowledge of their ancestors.

Gandalf essentially means “Animated Elf” to become like the spirits and the gods meant to emulate them.

To Animate an Elf is to become your ancestor (be who you are meant to be), what later would be a skewed into raising the dead in a Necromantic fashion, this rite was in fact symbolic (abstract) & not in any way sinister. This is the adult concept of Darkness/Light as dualism to our Cosmic order not Judeo-Christian Kindergarten.

Elves are described as white to contrast the aforementioned shadowy nature – full of potential wisdom and honour (ancestral memory), a guardian spirit to one’s folk. The darkness alludes to the Earth in which retains the elf (grave soil), as well the “shadow” which represents residual negativity said ancestor harbored in life which must be combated (shed) before the positive aspects can be regained. To reveal the pure (white) having cleaned off the earth, this process is not unlike digging up buried treasure. Shedding the black soil (discarded past) to live again, just like the premise of Yule Festivities, the yearly Ragnarök. All of which are part of a greater cyclical natural world view and life perspective.

Niðavellir as with the Svartálfar will become the key visual direction in the near future, as it aligns with my goals and practice. I’ve never been one to scoff at the shaded brush and always appreciated obscure art, added I have little patience for notions which insult my sensibilities. One could say that I am fixated with one particular aspect of nature year-round which can be deemed destructive (Eternal Winter). This brings me upon the next topic, my own true spiritual inclinations.

Ragnarök is technically the recurring cycle of nature – seasons/year. However, in a primordial sense there was a time of unending winter (darkness) which is etched upon the subconscious of all who descend from core boreal stock.

This unyielding destruction manifests as a deep-rooted fear which can be seen as a warning in myths i.e., Poetic Edda, on one hand we have our typical yearly (local) seasonal cycle and on the other hand we have the atypical cataclysmic event foreshadowed. One which will more than likely occur within our lifetime. I call the later example atypical not because it is artificial but only due to the course of this cycle being far longer than the usual annual scale (once every few thousand years). Be it the next small-moderate scale premature Ice Age, Solar-storm, civil war, or economic crash, it will manifest in due time. Akin to the Titanic sinking (civilization) most people would be like deer in the headlights, frozen in fear and unable to react. The second majority of people will deny the ship is sinking, go to the bar and get more drinks/whores (idiotic hedonistic materialists). The Third group of people seeks the lifeboats right away, perhaps they’re already on the lifeboats having trusted their own instincts and premonition that something was to go awry.

In the case of myself Ragnarök is something to look forward upon, be it the typical yearly cycle or the later cataclysm. I am a Rökkatrúrar, one who looks forward to endings & new beginnings, a new order out of the death of the former (metamorphosis). I do not consider myself a Asatrúrar in the direct sense nor do I align with Lokinism or Thursatrú (Pure Chaos). The latter two paths I do find interesting, yet my adherence to the gods remains undivided. Some say balance is key, balance is also stagnant and boring without Ettins to make it more exciting. In conclusion I respect all facets of nature by extension of the gods to which they represent; Storm & Lightning (Thor and Loki), Summer & Winter – Fire & Ice.  I do not seek to be devoured by Fenrir any more than I would seek to remain a child eternally (Eternal spring – no thank you). I am of course partial to winter (Hel) but that is beside the point.

I am calling down Lightning in a figurative sense because I need that drive of passion once more. 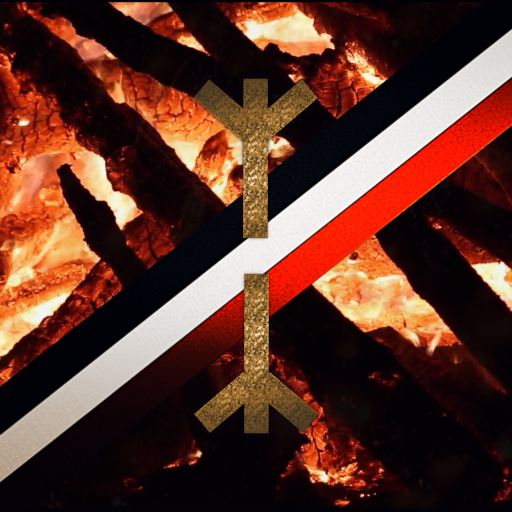