Our winners in order, the challenge surmised a test of team coordination in both simulated combat maneuvers and field repairs.

Technology in line with Patriotism and Race, the most Patriotic act asides praising one’s Folk and Nation is also the ceaseless dedication to technological craft applicable to the case rather than to a low tier foreign imitation. Just because something is promoted as simple and efficient does not make it better as far as craft is concerned, for example Russian firearms and vehicles. Simple technology only permits accessibility and lowers all standards, such is more easily adapted by savages not unlike popularity of the Automat Kalashnikov rifle with Arabs and Somalis or Lada Nivas/UAZ vehicles with Central Asians, further innovation upon the base model is not required by peoples with limited skill sets or intelligence. Several years ago I met a Russian computer programmer who once said;

“I don’t get people who brag about simple and efficient code, it should be complex yet at the same time efficient, only then do they have room to boast“. – Anton Gregorovich Baronov.

Admittedly there is a certain charm which simplicity offers, yet the pantheon of engineering excellence is not founded upon contentment with primitive tools. For example when a mechanical system is referred to as “Stereotypical German” and not anything else, vice versa with “Kraut Space Magic“. Even Mr. Baronov as a Russian coder understood the mentality which a certain Norwegian Video blogger misses in entirety, who would opt for the reverse in fact. As to the former quotation the late Dr. William Luther Pierce would have scorned the mere notion of regression, our drive to ever more complex systems evolve in conjunction with our quest to perfection and godhood. To do otherwise would be Anti-European. 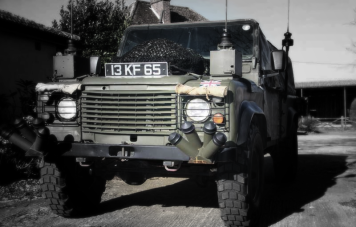 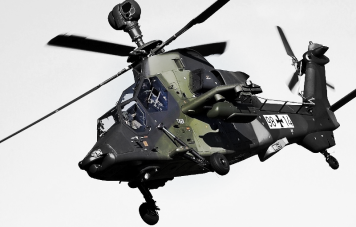 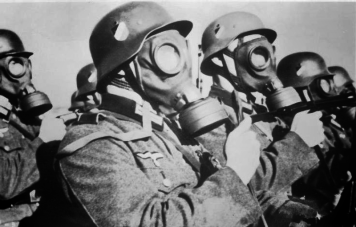 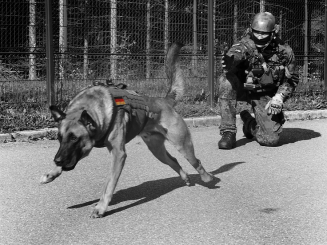 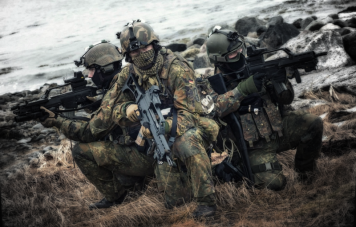 Some aspects are ever moving (Technology – The Javelin) while other aspects remain immovable (Race – The Shield Wall) in essence we work towards the horizon rather than backwards caught within a fog of nostalgia, even in light of the true N.S.D.A.P. how would you think the party founders would feel about people stuck re-living 1933-1945 let alone much earlier time periods unable to move productively into 21st century? It is pertinent we take charge in defense of all our achievements and accept our destiny! Certain individuals only consider customs, religion, art within antiquity or earlier as relevant to the Völk. Negating more recent strides in Science, Exploration, Conquest and High-technological invention entirely.

Consistent to the prevailing theme now central to all posts: Neue Grundlagen – Erwachen der Wölfe, High-Technology in lieu with racial cohesion is an integral part of our eventual Cosmic Stewardship and not shallow materialism nor a superficial fetish e.g. “Someone who likes German WW2 Tanks because they blow up stuff up yet do care for the engineering process nor the essence of labor“. The former drive is highly intellectual requiring a combination of the highest European qualities the later however being a sign of limited intellectual capacity and weakness,  most notably that of a certain icon. I have been directing critical inquiry against such individuals since the start of the year and will continue to do so alongside my new personal goals because I feel responsible for promoting Ôðalism thus morally obligated to make amends for my errors.

Whether or not such individuals are aware of it or not, said Neo-Völkisch re-construction movement (if one can even call it that) is in fact Anti-European albeit veiled under the premise of Pro-European unification. Below I have presented two images which serve as basic foundation for the flawed Odalic frame of mind as structured by Louis and not in any way indicative of Traditional Teutonic Tribalism as some would persuade you to believe. 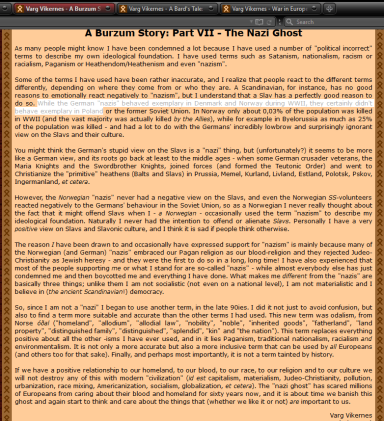 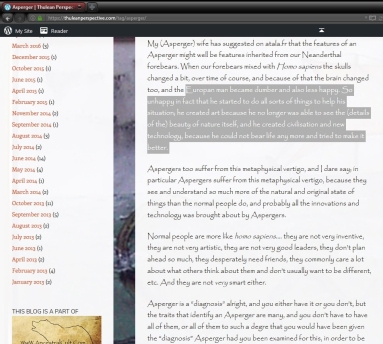 When inquiry is directed against key topics which serve as the foundation to Thulean Perspective one can expect removal of threads or insults to follow. To even mention certain no go zone topics for example Mass Immigration of detrimental Slavic peoples into Northwestern Europe will have one deemed as being “Slavo-Phobic” essentially ignored at best, or worse degrading into Ad Hominen by more belligerent supporters who have everything in common with Hasbara/JIDF trolls than with actual enlightened Europeans. It should be noted my intent is not aimed at stating that Brown eyed or Blue eyed Europeans are superior or inferior to one another, rather banter about such is highly counter-productive, divisive and should be avoided entirely! I have referenced a notable example of contradiction at least once before, just earlier this year objected against Ethno-Nationalism under the pretense that the average White-Nationalist judges one solely for skin pigmentation rather than qualities of the individual.

Ironically he fixates upon Blonde haired and Blue eyed phenotype claiming such to untainted European features and the utmost trait to emphasize. Note that Louis considers Turkish people with Blonde hair & Blue eyes more pure than many Europeans yet as an exception to this cause will say that a Dark haired/eyed individual is fully Nordic for completely agreeing with him yet a fellow European akin to Martin Sellner is a Middle-Eastern mutt due to a disagreement in practices or perspective. Understand that Nordcism not unlike Pan-Germanism isn’t the issue at all, rather it is people like Louis who are the problem. By using said standard such an individual can fail Logic and Mathematical assessments yet for just having said phenotypes or being a sycophant alone is enough to validate one’s exemption to his tribe and thus everyone outside of his tribe deserves death or character assassination.

Humor this: Had his wife been Schizophrenic instead of Autistic said narrative would have otherwise been constructed to suit the situation (insert modern diagnosis followed by special power). Sounds rather convenient and well.. hypocritical.

A keen eye of inquiry throughout his content (video and articles) will make note of an underlying current of resentment towards Central/NW European; Germans, Anglo-Saxons, Italic People (Roman resentment) & Diaspora Europeans (The Colonies – SA, AU, NZ, NA) all well known for establishing some truly grand cultural & enduring industrial legacies in combined European history, mind you Americans have serious faults but that is another issue entirely and I will not address it at the moment. Make note of said Fetish; a form of very superficial vanity being misconstrued as absolute truth by an individual who disavows all science to avoid being called out with factual evidence. I do strongly believe that Blonde Hair & Blues eyes are in danger of disappearing and must be preserved however I will not abide to the Logical Fallacies of Louis Cachet, clearly he is intelligent enough to coerce people but not intelligent enough to receive criticism or transcend his faults which is a very unfortunate character defect.

Contemplate this; Is it not the nature of dominant (Alpha) men to clash? Rather if Louis truly cared about bringing the best qualities out in men he wouldn’t blacklist every man who had a contrary perspective or opinion because that would mean he doesn’t want the men who follow him to be their own leaders or to think for themselves, ultimately men who cannot lead or dictate life cannot find good women either. This is a dangerous trend and perhaps one of the most disconcerting realities about Thulean Perspective.

As for the Slavic question. Louis panders excessively to Russian Slavs with the broadest exemption & favoritism who are for the most part historically socially capricious or otherwise hostile to European concerns, not to mention irresponsible in regards to utilizing more advanced technology (Chernobyl as just a single example our of many). Additionally if we are to be selective I wouldn’t reach out my hand to peoples who who 80+ years ago ravaged Europe and blamed their crimes on peoples they wronged, all while Germans were vilified and continue to be to this day. I would rather make more specific exemptions to include Slavic groups; Croats, Slovenians, Czech’s, (Germanic with imposed Slavic culture) Hungarians, Balts, Serbs & to an extent Heartland Slavs (Belorussians & Ukranians) all of who are a better choice of people rather than making loose & dangerous generalizations about people due to superficial attributes. Whilst today’s generation of Russians cannot be held accountable for the sins of their forebears, the crimes of the past should not be glossed over either!

Mind you I will not slander Slavic peoples for the sake of petty spite, please note that modern Russia today is very advanced & relatively homogeneous compared to the former U.S.S.R. However one does not forget the crimes of Eurasia and my reservations remain as such. Veering back on topic if we are to consider High-Technology so utterly corrosive than that would imply we are not accountable as individuals for our own actions. We’re adults not children.. but of course, one could just blindly follow said commandments; reject all advanced technology, regress into tribal society or else die when mother nature seeks revenge upon us.. In reality those who fixate upon cataclysm do so with the privilege of never having lived through one thus it is easy to claim that they will be the ones to survive over all others whilst typing in the comfort of their temperature controlled domiciles free of siege or duress.

More accurately a gimmick (Trending Doomsday Scenario of the Season) is required to sell Thulean Perspective merchandise on Jewish controlled Amazon.com, I should mention that all books by authors under Castle Hill Publishing (CODOH.com) have been blacklisted which is why I urge people to not support Amazon. Louis adheres to such a marketing platform because monetary gain is delegated to Capitalists; individuals who know money because Louis doesn’t know much about the world. While he can express disdain for Capitalism yet he contributes more than he thwarts said system, this same contradiction exhibited with certain technologies which he uses every day despite being such a hardcore Primitive Regressionist. Let’s be real Louis has no other marketable skills nor the intellectual aptitude to procure such skills, while human waste gathers on his property and grow rife with vermin, not unlike the third world testament to the blunders of agriculture lost. (Note that Perma-culture takes several generations to reach peak yield for sustainability). It is no wonder he seldom shows people a garden to table lifestyle.

Any yuppie can change a tire, fewer men can attest to what they posture daily for appearances.

Ironic considering that Louis constantly asserts that technologists are incapable of environmental conservation and stewardship or are somehow sick mongrels who cannot cope with living natural lives, the only reason why European countries are cleaner to begin with is because of responsible European civil-engineering reform unlike Africa, China or India!

To be frank I am less concerned with this Odalic movement altogether but more worried about the effect of said cancerous internet celebrity status, as venerable individuals who have contributed more to Active Dissident/Far-Right Politics, Holocaust Revisionism, Science & Truth are cast into shadow. Only unemployable human failures who would have very likely been sent to labor camps during the Third Reich fervently support such ideas without an iota of critical spirit. Sad individuals fixate upon a disaster, in order to compensate for a decrepit reality, because only after an imagined post-collapse may they live as Kings. Lastly Anti-social individuals prone to self-destructive ruminations make poor bedfellows, do not trust Thulean Perspective!

One could say that it makes little sense to argue with idiots on the internet however this is a rare exception to that case, consider our pivotal moment in history. Only Europeans are capable of true political, scientific and racial reason during times of instability.

There is no capitulation or retreat, we need every able man and woman to commit to our upward destiny! -A.K. 14/88